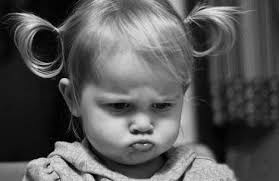 The Power of Resentment.

So who really suffers when there is resentment in the air?

Meanwhile the resented feel, well, they feel nothing. Mainly they are oblivious.

So who is doing the suffering?

‘Resentment is like drinking poison and hoping the other person dies.’

Project Teams particularly do badly when resentment takes hold. Trust and confidence is undermined and ‘the other’ is viewed through the lens of a sour grudge

Getting past resentment takes two things.

Letting go means shifting from victim to hero. Its all about me really. Letting go often encompasses giving oneself a break for being suckered, walked over, seen off, conned, hard done to. At some level the resentment is self directed and therefore can be undone.

“The weak can never forgive; forgiveness is the attribute of the strong,’. M. Gandhi

Its exhausting carrying about resentment towards other people – trust me, I’ve done my bit. The heroic act would be to recognise the all consuming nature and damage to relationships – as is the nature of resentment, grudges, and judgement and choose to take the more evolved position, the more heroic act of forgiveness. Simple but not easy – that’s why people can be consumed their entire lives.

Forgiveness does not even need the other persons participation or agreement. Forgiving is entirely within our own gift and if we need to cut the QS some slack for pulling a fast one, or the engineer for missing the deadline or the contractor for the poor programme decision – then isn’t that worth it for the sake of restoring integrity, wholeness back to the Team relationship by removing resentment.

None of the above of course is in your Collaborative Conditions of Contract because its all very human and messy and complicated – because we are.