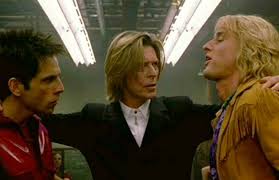 ‘It’s a personality Clash boss’…
…the justification for the p*ss poor relationship between two well-paid construction professionals that accommodates mediocrity cooperation and the slide into  silo working.
Your ROLE is to be an engineer, designer, surveyor, project manager – your JOB for which, you are also paid and that which the client has signed you up for, is to create and maintain outstanding relationships that deliver the goods.
Imagine if the engineer, 3 months into the project, declared he couldn’t do this engineering job stuff as promised on his CV and was resigning himself to winging mediocrity. No, that would not happen.
We so easily let ourselves and our team off the hook with the ‘personality clash’ excuse and allowing them in essence to not do the job they are contracted for. We pay for people’s attitude and behaviour – not just their technical competence.
Recently, I was advised of a ‘personality clash’ and that the team were resigned to it being an ongoing issue undermining the moral of the whole team and partnership ethos. “But what can we do Paul?” They said.
As a project Board, if we were really, really believed it was now a key part of the JOB to manage and cultivate relationships we would not allow this situation to continue and shrug our shoulders in defeat.
Raised eyebrows when I advised that I’d brief the protagonists who would then lock themselves in a room and be instructed not to reappear until the relationship was in 10X better shape and fit for purpose. Failure to do so would mean both parties being removed from the project team.
What personality clashes are is an opportunity to step up the commitment to getting past sticky situations and becoming stronger people and teams in the process.